The Tradition Continues in 2021 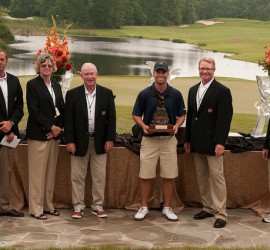 When we established this tournament, we committed to building a tournament based upon tradition that is rich in quality and detail... 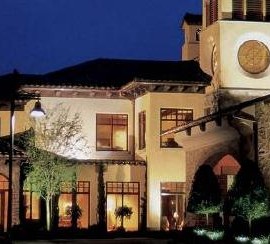 The Club at Carlton Woods is built on the philosophy of honoring the respected traditions of the game. Jeronimo Esteve (Windermere, Fla.) shot a final-round 6-under 66 at the Nicklaus Course at The Club at Carlton Woods to come from three shots back and win the 15th Carlton Woods Invitational.

Esteve, a 39-year-old Puerto Rico native and cancer survivor, started the day three shots behind overnight leader Chris Wheeler (Addison, Texas) but turned in a history-making round to run away with the tournament.

The Nicklaus Course at Carlton Woods has long enjoyed a reputation for being a supreme championship test, having hosted two USGA championships, the Southern Amateur, and the Texas Amateur. But Esteve racked up eight birdies, including on the final three holes, to record the lowest score in CWI history.

Esteve also set a new record for the lowest 54-hole score on the Nicklaus Course at 6 under par.

Wheeler, the 2019 Texas Mid-Amateur champion, got off to a good start with two pars and a birdie at the par-3 third, but then had back-to-back doubles to go out in 39 as Esteve picked up six shots on the front nine.

Two more birdies early on the back nine put Esteve firmly in control of the tournament, and though he made consecutive bogeys at 14 and 15, he rallied in style with three birdies to finish.

Esteve has long been a top mid-amateur player but gained renown for his bout with lymphoma in 2011, for which he had to undergo chemotherapy and radiation treatment while trying to play competitive golf. At the U.S. Mid-Amateur qualifier that year, he shot a 70, received radiation treatment after the round, and then raced back to the course for a 5-for-4 playoff through which he advanced to the championship.

He has played in many big championships but this is his first win in a national mid-amateur event.

2019 Birmingham National Invitational champion and former U.S. Mid-Amateur runner-up Brad Nurski (St, Joseph, Mo.) closed with a 70 to finished tied for second at even par with Scott Maurer of Dallas who shot 73.

David Ortego (Spring, Texas) broke through for a one-shot victory, enduring a turbulent final round but ultimately finishing one shot ahead of Gordy McKeown (Little Rock, Ark.) and William Mitchell (Atlanta, Ga.).

Ortego, whose previous best finish in the senior CWI was a tie for fifth, took a four-shot lead into the final round, but had an up and down final round of four birdies and seven bogeys. He responded well to the adversity, answering a three-bogey streak with two birdies, and then stopping a two-bogey streak with a birdie. He took a two-shot lead into the final hole, where bogey was enough to secure the title at 1 under.

McKeown started the day seven shots back, then fell further behind with a slow start through five holes. But he went five under from there, including a birdie-par-birdie-eagle finish to shoot 69 and post a target score of even par.

Mitchell closed with a 72 for his second top-4 finish this week, following up his 4th place at the Timuquana Cup with a joint runner-up at the senior CWI.